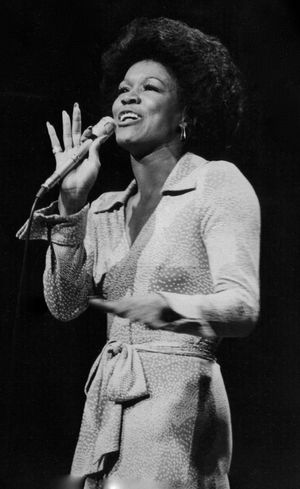 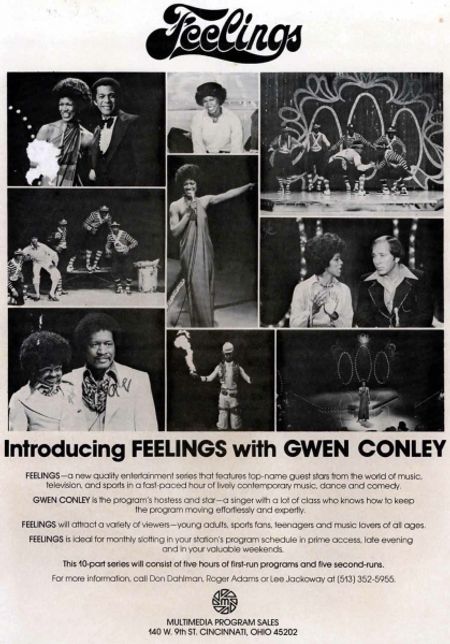 Singing a duet with her handsome guest, Clifton Davis. 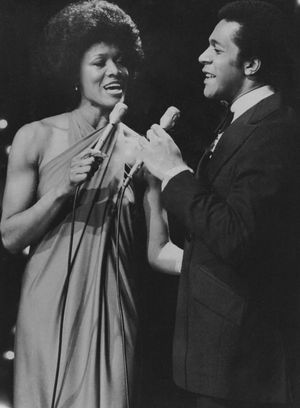 Singing “The National Anthem”
for both of the World Series Championships
that the Cincinnati Reds won back to back
in 1975 & 1976. 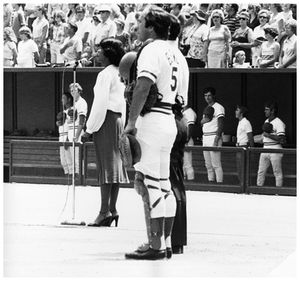 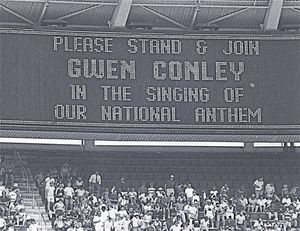 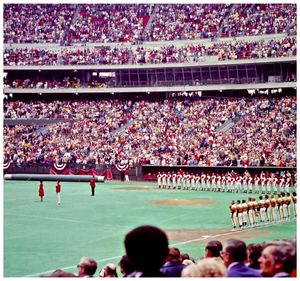 Enjoying the pleasure of singing background for
Ray Charles in a jingle session.
"A huge honor to work with the great Ray Charles!" 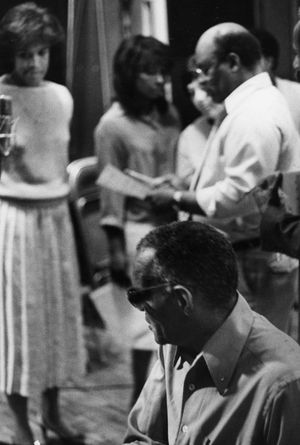 Here as the opening act for the annual “Glenn Campbell Proctor & Gamble Show”
performing before an audience of 11,000. 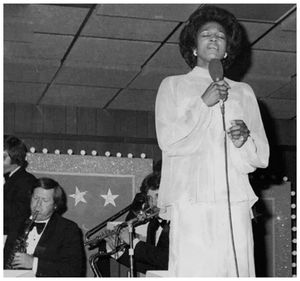 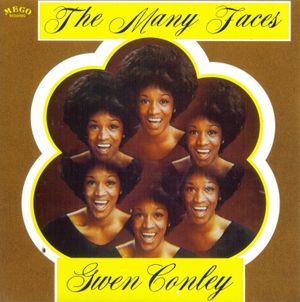 The "back cover" shows photos of Gwen opening for
comedians, Redd Fox and Moms Mabley.
It features liner notes from Carmon DeLeone,
conductor of the Cincinnati Symphony Orchestra, et al. 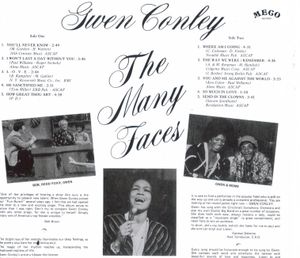 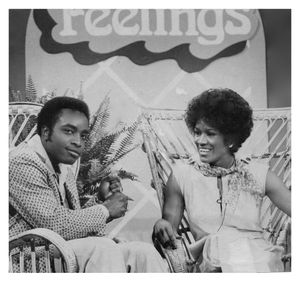 Gwen has opened for many famous headliners and is shown
here enjoying a moment of fun with the comedian.
She opened for him at the Beverly Hills Supper Club. 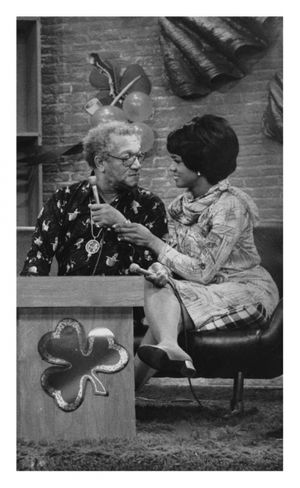 She opened for James Brown
for 2 weeks at the famous Apollo Theatre in NYC. 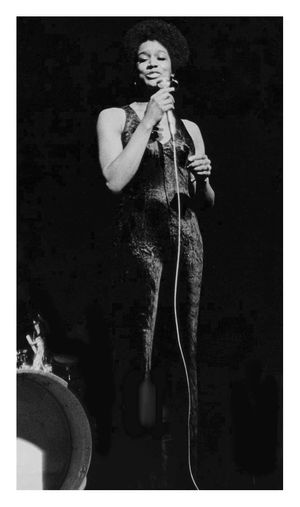